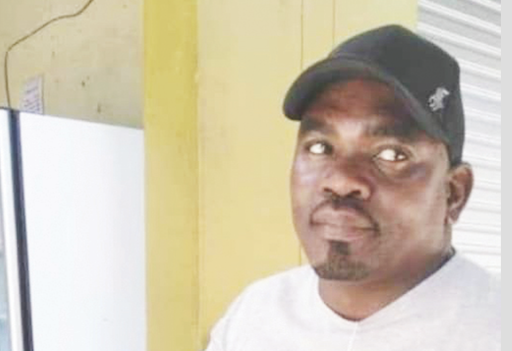 THE family of the late Godhard Metirapi is waiting for Katutura Central councillor Rodman Katjaimo to refund them with N$65 000.

This comes after the councillor promised to facilitate Metirapi’s trip to the United Kingdom (UK) to attend the recently held Commonwealth Games.

Some of his family members say they will be travelling from Otjinene to Windhoek to possibly meet with Katjaimo this week.

Metirapi then decided to go to the UK.

“We cannot tell if he wanted to go and come back, or go there forever,” Katire said.

He said Metirapi had to borrow money from family members for the trip.

According to Katire, Metirapi and others have made several attempts to get their money back from Katjaimo.

He said he is not sure whether Metirapi got any of his money back, and if so, how much.

Katire said that the last time Metirapi visited Windhoek, he was trying to get his money back, before he returned to Otjinene.

“When he got back to Otjinene he was feeling weak, and his caretaker asked what was wrong. He said he was not feeling well,” Katire said.

He said Metirapi went to hospital the next day and returned home – still not feeling well.

The day after this his blood pressure was high, upon which he decided to go back to the Otjinene hospital, which sent him to the Gobabis hospital, Katire said.

“The second week after he started feeling sick, he seemed to stabilise a bit, and we were talking, saying he is fine. He was waiting to get discharged,” he said.

His cousin says doctors at the hospital mentioned kidney issues.

Metirapi died three days after this on 23 August.

“He was very stressed and his blood pressure kept going up. Your body will not recover fast when something is on your mind,” Katire said.

“We were aware that he was looking for ways to get his money back,” he said.

Katjaimo this week said he has been in contact with Metirapi’s family.

“I have been in communication with his brother Elia Kaambo. I’m not sure why the media insists on making a mockery of the untimely death of my brother by linking it to me and the trip without any supporting facts.

“Allow the family and his loved ones to mourn his departure and stop insinuations and innuendos,” he said.

“I am ignorant of any scheduled meeting with the family, but have no reservations whatsoever to meet them if that’s the case.

“Yes, I received it now via WhatsApp, but I guess the lawyer leaked it to the media first before even sending it to me as I first received it from you,” Katjaimo said.

Meanwhile, Katjaimo has been served with a letter of demand by lawyer Norman Tjombe on behalf of other individuals who are waiting to be refunded.

“Our instructions are that our clients made payments to you in anticipation of attending the recent XXII Commonwealth Games in Birmingham, United Kingdom.

“The moneys were variously deposited into your personal bank account and other bank accounts of which the holder(s) thereof are not known to our clients.

“Some payments were made to you via cellphone banking.”

Tjombe says it appears the money has been misappropriated.