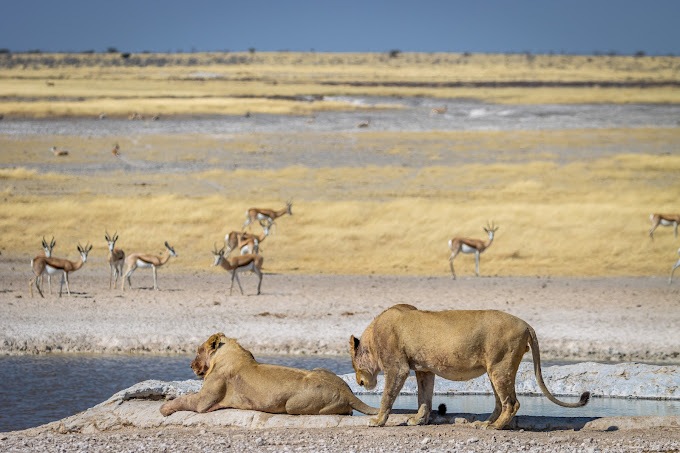 The Ministry of Environment, Forestry and Tourism has announced that the roads in the Etosha National Park is currently being rehabilitated.

Ministry spokesperson Romeo Muyunda says ministry has learnt with concern that some of the park’s roads and facilities are in poor condition.

He says the ministry, in collaboration with its stakeholders, has invested funds in the park’s roads.

“A total of 195 roads have been constructed and completed, consisting of 69km between Sonderkop and Olifantstrui, and 125km between Olifantstrui and Galton Gate, including the dolomite detour, at a cost of N$35 million,” Muyunda says.

He says the ministry is currently constructing an 86km stretch of road from Ozonjuitji M’bari to Okaukuejo, which is expected to cost N$71,3 million.

“At the same time, the ministry is facilitating the implementation of a recent Cabinet-approved road maintenance strategy to cater for other road sections, totalling 213km,” he says.

The road construction project will include a low-volume seal road, emergency borehole drilling, and infrastructure for borehole pumping.

Muyunda says the roads in the park’s eastern sections between Okaukuejo, Halali and Namutoni require maintenance.

“This is primarily due to the fact that all our graders used for road maintenance are being repaired. As soon as the graders are repaired, work on levelling the roads and bringing them up to acceptable standards will begin,” he says.

He, however, warns road users in the park, particularly those driving heavy vehicles, to adhere to the set speed limit.

“Speeding leads to a shorter lifespan of the park’s roads,” he says.

Muyunda says prominent individuals visit the park, looking to criticise it and spread lies about the park’s condition.

He says the park’s water holes and other facilities are in good condition.

“We would like to appeal to and remind tour operators that they are equally responsible for ensuring that the park’s infrastructure is preserved by adopting responsible behaviour,” he says. He says the ministry is still noting disturbing trends of tourists driving off-road, speeding, littering and jumping out of vehicles.

“This tarnishes the reputation and image of the flagship park,” Muyunda says.

Tsumeb woman run over by truck