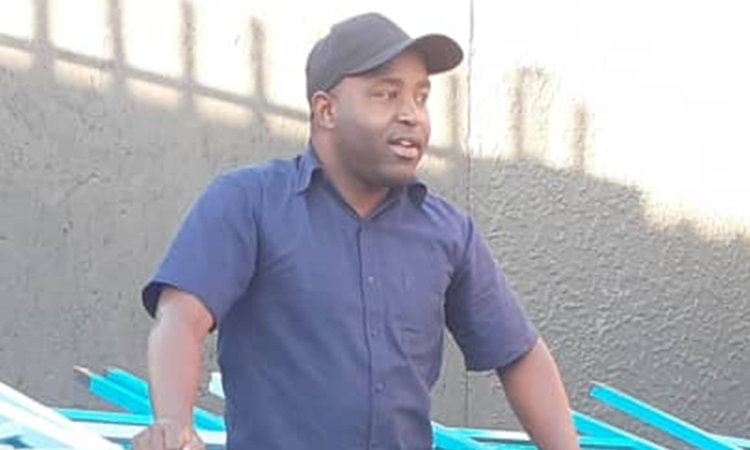 IF Namibia is to regain its spot as the cleanest country in Africa, then everyone must have access to a dustbin.

This is the conviction of entrepreneur Gabriel Amunyela, whose company Gee and Sons Trading supplies stationery as well as cleaning materials and services. The company also manufactures mounted swinging drums for refuse disposal.

According to research done by Yale University of the United States, based on the Environmental Performance Index, Namibia is the 10th cleanest country in Africa after Rwanda, while Windhoek is considered the second cleanest city after Kigali.

“With all hands on deck, this situation can be reversed and Namibia can climb back to its rightful place on the rankings,” says Amunyela, who has contracts to provide cleaning materials and services to institutions that include the Namibia Housing Enterprise and the Oshakati Town Council.

“After all, it is said cleanliness is next to godliness,” he says.

President Hage Geingob has been quoted in the media in the past expressing a wish to launch a national clean-up campaign to help Namibia claim the title of the cleanest country in Africa and for Windhoek to reclaim the title of cleanest African city.

“I also supply stationery to a number of offices, including the Ministry of Fisheries and Marine Resources,” Amunyela says.

Amunyela says the swinging drum is convenient for use in open public places and lay-bys along highways, as well as at schools.

“Because they (swinging drums) are mounted on the ground, they cannot be easily removed if in unguarded places as opposed to wheelie bins that can be carted away at night.

“The bins are very easy to use because one only needs to tilt them to empty them or put a plastic liner that can easily be pulled out with the refuse,” he says.

Amunyela, who employs two permanent staff, says he was motivated to start his cleaning company by a desire to do something that would have an impact in this community.

“I was interested in ensuring that people lived in a clean environment and I donated the first seven swinging drums I made to the community,” he says.

He says the company had sold 350 drums to a non-governmental organisation that distributed them to institutions in Kunene region.

“FNB also purchased 200 drums, which they distributed to institutions as part of their social responsibility programme,” Amunyela says, adding that they make the drums on order, then paint them according to the client’s specifications.

“We do this work at Brakwater in Windhoek and at Oshakati in the north,” he says.

“We have also installed two drums at Zoo Park in Windhoek, one at Katutura swimming pool and at municipal playgrounds in Windhoek through donations by GIZ,” he adds.

He says the biggest challenge in the sector was congestion caused by middlemen as well as difficulties in obtaining detergents. He says he has had to manufacture some of the cleaning materials they use.

Being a member of the Namibia Recycling Forum has helped Amunyela learn about new developments in the cleaning sector and also network with others in the same trade.

He advises unemployed youths to think of something they are passionate about to uplift their communities and create work for themselves.

“But in whatever we do, we must keep Namibia clean,” he says.