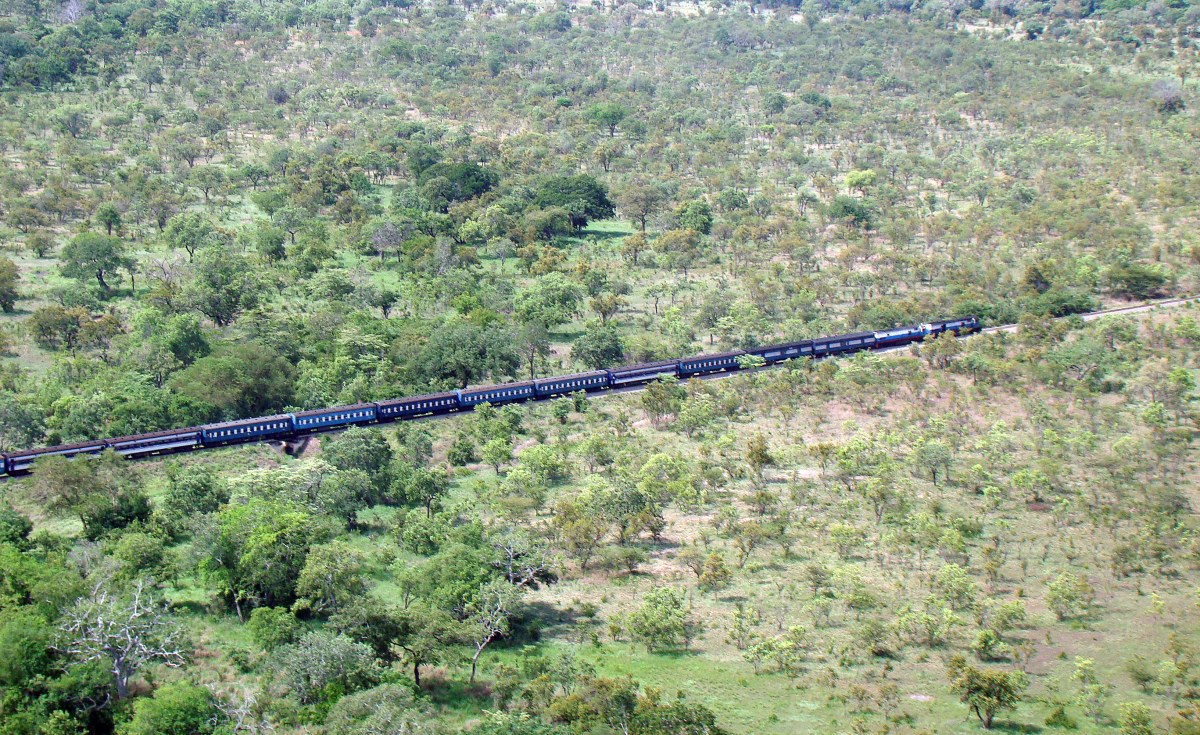 Half a century ago, the Tanzania-Zambia Railway (Tazara) stood out as a crucial symbol of Africa’s struggle for independence. The 1,860km-long railway connects Kapiri Mposhi in Zambia with Dar es Salaam at the Indian Ocean.

In November 1965, the unilateral declaration of independence by Rhodesia’s racist regime had left newly independent Zambia extremely vulnerable to its hostile southern neighbour. Zambia, a landlocked country, remained highly dependent on transport routes through Rhodesia and apartheid South Africa. It relied on these to import essential goods such as oil and coal, and to export copper, its biggest source of revenue.

To address this vulnerability, then president Kenneth Kaunda sought an alternative route to the sea. He found an ally in Tanzania’s Julius Nyerere. The idea of the “Freedom Railway” (Reli ya Uhuru in Kiswahili) was born.

The two leaders tried to solicit funding. But the World Bank, several western governments and the Soviet Union declined. Nyerere and Kaunda turned to Beijing.

The Tazara became China’s biggest foreign aid project, costing about US$415 million at the time. It was financed through a combination of interest-free loans and commodity credit arrangements.

Tazara’s construction between 1970 and 1975, and inauguration in 1976, were steeped in anti-imperialist narratives that emphasised Sino-African solidarity. The network significantly boosted China’s influence across Africa and deepened its social, political, cultural and economic ties with Tanzania and Zambia. The railway is still frequently invoked by officials on both sides as the cornerstone for the “all-weather friendship” between Africa and China.

Throughout the 1970s and 1980s, Tazara transported a significant share of copper and mining inputs for Zambia’s state-owned mines. The railway increased the mobility of the rural population in both countries. Trading centres and small businesses emerged at its dozens of stations.

The railway recorded its peak performance in 1977/78, when it transported 1.27 million tonnes of cargo. But it never came close to its design capacity of 2.5 million tonnes per year.

From the late 1980s onwards, liberalisation of the transport sector and the privatisation of Zambia’s mines resulted in fierce competition from road transporters.

The eventual demise of white minority regimes in the region further diminished Tazara’s geopolitical significance. Despite longer distances, a higher proportion of Zambia’s trade started to move along the southern corridors via South Africa’s efficient ports.

Inadequate management structures and chronic under-investment in infrastructure and rolling stock have amplified the steady decline of Tazara’s cargo and passenger services since the 1990s. The shareholding governments had to regularly inject funds for outstanding salaries and urgent repairs.

In recent years, political will to refurbish the Freedom Railway – not least to reduce the expensive wear and tear on roads – has grown. However, tight public finances have prevented a major recapitalisation.

In August 2022, Zambia’s President Hakainde Hichilema made his first visit as head of state to Tanzania. After meetings with his counterpart Samia Suluhu Hassan, they announced that the two governments had agreed to rehabilitate Tazara. They sought to upgrade its tracks from Cape gauge (1,067mm) to standard gauge (1,435mm) through a public-private partnership.

An upgrade to standard gauge would enable the Uhuru railway to interlink with Tanzania’s new standard gauge railway. The standard gauge tracks have meanwhile reached the Dodoma region. Contracts for extensions to Tabora (about 740km to the north-west of Dar es Salaam) and Mwanza (about 350km further north) have already been awarded. An inter-governmental agreement between Rwanda and Tanzania to build a line from Isaka (on the Tabora-Mwanza route) to Kigali was signed in 2018. Further connections to Burundi, the DRC and Uganda are planned.

But upgrading Tazara to standard gauge would be expensive and hence less attractive for a private investor. It would also pose connectivity challenges in Zambia. Zambia’s national network still operates on Cape gauge, as do South Africa’s and Zimbabwe’s.

A senior Tanzanian official with knowledge of the matter told me that the standard gauge upgrade was part of a long-term plan under the African Union’s Agenda 2063. The immediate objective is to rehabilitate the existing infrastructure.

Since its inauguration, Tazara’s impact has gone beyond the immediate goal to remedy Zambia’s transport emergency. The railway transformed the livelihoods of hundreds of thousands of Tanzanians and Zambians who lived – or decided to settle – along its route. This is meticulously documented by the historian Jamie Monson in her formidable book Africa’s Freedom Railway.

In the 2014/2015 financial year Tazara conveyed only 87,860 metric tonnes of cargo. According to its own estimates, it needs to transport at least 600,000 tonnes a year to cover its costs.

The situation has improved slightly since then, as a new management team brought down travel times and attracted new clients. Tazara’s governing bodies also decided to allow private operators to use its tracks.

Yet, the challenges for the company remain huge. The biggest one is the outdated, in some cases inoperative, infrastructure. Dilapidated tracks, bridges and buildings, a dysfunctional signalling system and insufficient rolling stock prevent Tazara from meeting market demands.

The Tazara Authority is also grappling with crippling debts.

In 2016, the shareholding governments – under the rigid control of the late President John Magufuli – rejected a 30-year concession proposed by a Chinese consortium. Irreconcilable differences about the terms and conditions arose which I documented in an article titled “Win-win” contested.

Evidently, the times have changed. China is now a global political and economic powerhouse. Faced with massive overcapacity in its home market, the country’s construction and railway firms are seeking opportunities elsewhere. For Chinese firms Tazara is no longer an aid project but an investment opportunity.

Under Hichilema and Hassan there seems to be new momentum for the privatisation of the Freedom Railway. This is for several reasons.

Hichilema has long been considered a free marketeer. Hassan, for her part, has markedly departed from Magufuli’s confrontational approach to foreign investors. She has openly called for more .

In addition, there is the factor of mounting fiscal pressure felt in Lusaka and, in recent years, also in Dodoma.

For its part, Tanzania’s sovereign debt has rapidly increased since the onset of the COVID-19 pandemic. The World Bank adjusted its assessment of the country’s risk of debt distress from low to moderate early this year. As I recently argued in the Review of African Political Economy, Africa’s current debt crisis is likely to lead to a new wave of privatisations across the continent.

China Civil Engineering Construction Corporation was recently tasked with conducting yet another feasibility study for Tazara’s rehabilitation. It sent a 40-person delegation to visit Tazara in early September 2022.

The train towards privatisation seems to be picking up speed.

But the issue of incompatibility between old and new networks shows that Africa’s current “railway renaissance” requires profound regional and continental coordination and planning. Integrating Africa’s railways will be a monumental task, considering that the greater part of the continent’s network still operates on Cape or metre gauge – a colonial legacy that hampers railway inter-connectivity to this day.