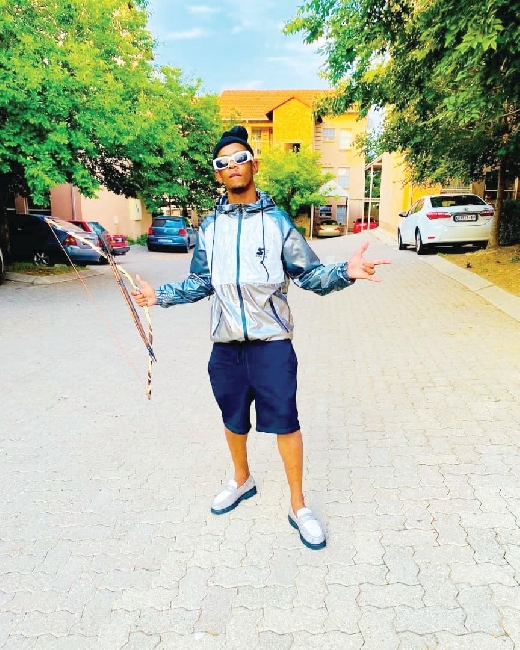 He left the Land of the Brave on 25 December and is expected to be back home on 26 March. Angula got his stage name due to his unique dancing. In the music world, he rose to fame after hiscollaboration hit ‘Die Bene Kook’ in 2020, which was produced by Mustekeers from Walvis Bay.“I was booked in South Africa. We booked Chillibite and Lesmahlanyeng for a show in 2018 and that’swhere we met and they told me I’m very good and they would book me to come and perform. I’m gladto have the platform to show my Namibian art to South Africans,” he says.He says in South Africa he has already learned a lot that has helped him to improve as a dancer. “In the past few weeks I have been here, I have seen and learnt a lot. These people push each otherand they always work together. I want Namibian dancers to also come together because it is how wewill win. Let’s pay attention also to dancing in Namibia, as the people are standing together in othercountries,” he says. Die Laaste Hond says the dance industry in Namibia is small and he wants to do something to helpit grow. He also hopes that his bold step to showcase his craft outside the country will urge othersthat their dreams can become a reality. “Our elders don’t have so much interest in dancers. They don’t take dancers seriously, but here I amstanding in South Africa representing our beloved land,” he saysDie Laaste Hond says he has been dancing since he was in primary school and for him, dancing is hishappy place. “Dancing is in me. I started dancing when I was in Grade 1 and used to dance with the big boys. I liketo dance because it makes me happy and it gives me a platform to make a lot of people happy. I alsomake money through the talent that God has given me,” he says.Die Laaste Hond says he has made it thus far because he always believed in himself. “When things are hard, I always keep my head up. I’m constantly pushing myself. Besides dancinghere in South Africa, I’m also busy with new things for my music. I’ll be featuring a few big SouthAfrican artists, but I don’t want to talk about that now because it’s a surprise,” he says.

Long walk to Opec for Namibia