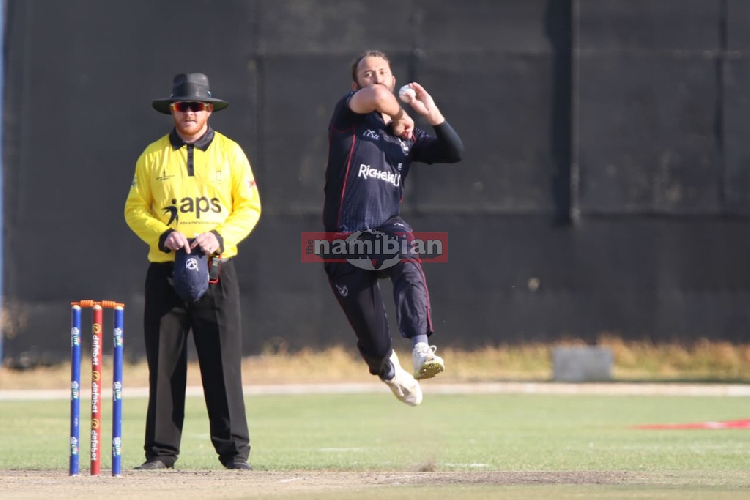 AFTER the disappointment of the T20 World Cup where Namibia was eliminated in the first round, the Eagles now turn their attention to trying to qualify for next year’s 50-over World Cup in India.

Namibia will host two Tri-Nations series’ in the ICC Cricket World Cup League 2 over the next three weeks, against the United States and Papua New Guinea from 19-26 November, and then against Scotland and Nepal from 1-8 December.

Namibia are currently fifth on the seven-team log, and with the top three teams going through to the final World Cup qualifier, they will need to pick up as many wins as possible to improve their chances. The bottom four teams will still have a chance of qualifying, although it will be more difficult as they will they will have to progress through two qualifying tournaments to make it.

Oman currently leads the log on 44 points, followed by Scotland on 40, the USA on 29 and UAE on 27. Namibia follow on 26 points, although they have several matches in hand on the leaders, while Nepal are sixth on 17 and PNG last on five points.

With a possible 16 points from eight matches on home soil now beckoning, coach Pierre de Bruyn said they will target as many wins as possible.

“We are getting to the back end of the Cricket World Cup League 2, so which these games are becoming so important now to stay in touch with the top three. We all know that the top three pathway to the 50-over world cup is an easier pathway into the qualifier, so the importance of this series, especially against the USA, who are quite close to us on the log, is that we have to ensure that we take those points from them especially at home and also take points from PNG,” he said.

“Expectations are always high – we’ve got 14 matches left in the league and every single one is hugely important to secure two points from each game. The expectations over the next couple of weeks where we play eight matches altogether is to have a very good win percentage – if we can walk away with six out of eight wins that would be a fantastic position to be in on the log,” he added.

Namibia will be buoyed by their last performance in the series when they won all four their matches against the USA and PNG at Port Moresby in September and De Bruyn said they need to maintain that momentum.

“We need to keep building on that momentum that we built in PNG and to focus on our game plan and to outplay the opposition at home. I believe that the home advantage is a huge bonus – we are used to the conditions and need to use them to our advantage,” he said.

“We are going to manage the expectations, we need to ensure that we don’t get ahead of ourselves and just take it game by game. It’s going to be very hard on the players’ bodies, so we need to have good resets and recovery, and we really want to focus on playing good, solid one-day cricket,” he added.

De Bruyn, meanwhile, announced a 14-man squad for the upcoming series’ which shows two changes from the 16-man squad that went to the T20 World Cup.

All-rounder David Wiese is not available due to the T10 Abu Dhabi League, while opening batsman Stephan Baard has resigned according to De Bruyn.

“Baard resigned from his contract to pursue a new career in the corporate world,” he said on enquiry.

The Namibian team is as follows:

Young people should have a passion to work