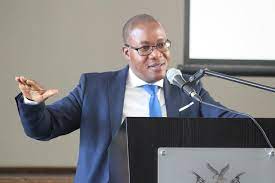 This comes after the Ministry of Health and Social Service last month alerted the regions to increase Covid-19 testing due to an increase in the number of cases.

“The situation remains stable and we are monitoring the epidemiology at home and abroad,” Nangombe told The Namibian yesterday.

Between 26 December and New Year’s Day, the World Health Organisation in Namibia stated that during the previous seven days, 61 new and reinfected cases were reported.

During the same period, three people were hospitalised and there were zero patients in the intensive care units (ICUs) or high dependency units.

Meanwhile, WHO’s emergency director at their headquarters in Geneva, Mike Ryan, stressed the need for more information from the Chinese authorities.

“We know there are difficulties in all countries very often in recording hospital releases, admissions and use of ICU facilities,” he said during a briefing earlier this month.

THE Chinese Centre for Disease Control and Prevention previously told WHO that most of the viruses circulating in the country are of two Omicron lineages, BA.5.2 and BF.7, which accounted for 97,5% of all local infections, as well as a few other known Omicron sublineages.

This month, Khomas recorded 89 cases, while Erongo reported 38 and Oshana (15).

For both months, the positive cases were above 150.

This is a spike from the positive tests in previous weeks.

“The current epidemiological data indicates that there is a low-testing rate countrywide, while the positivity rate is steadily increasing.

“This could be indicative of an increasing number of Covid cases in the communities, which can only be proven by increasing the testing,” Nangmbe said in a notice last Friday.

Nangombe said this is why all districts are requested to enhance testing by activating or re-activating testing sites and most importantly to encourage the communities to make use of these sites.

“The regions are kindly advised to make use of any appropriate platforms or structures such as engaging with community and religious leaders to ensure that this message is widely spread,” the notice read.

It further stated that the ministry sent out a press release to encourage community members to be tested and, therefore, testing sites in each region are required.

A Tale of Love and Addiction in ‘Mad Bad Love’

Entrepreneur keen on a clean Namibia