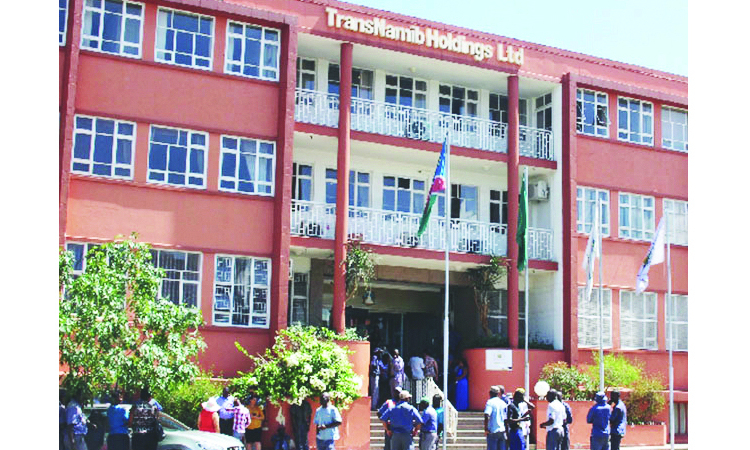 THE planned sale of 11 TransNamib vehicles that were attached by the deputy sheriff of the High Court two weeks ago may not proceed, a judge ordered in the Windhoek High Court yesterday.

Judge Herman Oosthuizen ordered, in an urgent case filed by TransNamib Holdings, that the execution of a costs order given against the transport parastatal in the High Court in July 2019 should be stopped until an application to have the costs order cancelled and set aside has been finalised.

The costs order was given against TransNamib in a case in which a Belgian lawyer asked the High Court to have his appointment as liquidator of the company Challengair, which is a creditor of Air Namibia, recognised in Namibia.

In an affidavit filed at the High Court, TransNamib chief executive officer Johny Smith argues that the costs order was granted against TransNamib by mistake, since the state-owned company did not oppose the Brussels-based lawyer Anicet Baum’s application to be recognised in Namibia as liquidator of Challengair.

Smith also says that, following the granting of the costs order, a bill of legal costs was assessed by an official of the High Court who then allowed “extremely exorbitant” items to remain unchanged on the bill.

Smith says TransNamib became aware of the costs order given against it only on 13 October this year, when the company received a letter from lawyer Sisa Namandje, representing Baum, in which payment of close to N$1,1 million was demanded from the transport company.

Responding to the letter on 26 October, TransNamib denied being liable for the legal costs claimed from it and stated that it intended to have the costs order rescinded, Smith says.

Despite that response, the deputy sheriff arrived at premises of TransNamib on 8 November and proceeded to attach 11 vehicles, including lorries, belonging to the company, Smith recounts.

TransNamib needs the vehicles attached by the deputy sheriff to deliver its services to the Namibian people and economy, and not having access to the attached vehicles is “debilitating”, according to Smith.

He adds that TransNamib has previously been granted judgements against Baum, but because he is not resident in Namibia the company has not been able to have those judgements executed against him in the country.

TransNamib and Air Namibia were granted a judgement of N$2,4 million plus interest and legal costs against Baum in May 2004, but he has never paid that debt, Smith says.

He adds that TransNamib is entitled to have that judgement debt set off against any amount that the court may decide it owes to Baum.

In the meantime, TransNamib is asking the court to revive the judgement of N$2,4 million granted in its favour in May 2004.

Also in an affidavit filed at the court, Baum’s agent in Namibia, Wilhelm Shali, says TransNamib’s application to have an 18-year-old judgement revived is “extraordinary”.

Shali disputes that TransNamib did not oppose Baum’s application to be recognised as liquidator of Challengair, from which Air Namibia leased an aircraft from March 1998 to April 1999.

Air Namibia and TransNamib jointly opposed that legal action of Baum, and TransNamib has been aware of the order that was made against it in that case, but waited for more than three years before it took steps in an attempt to have the costs order cancelled, Shali says.

Baum was represented by Eliaser Nekwaya, assisted by Karel Gaeb.