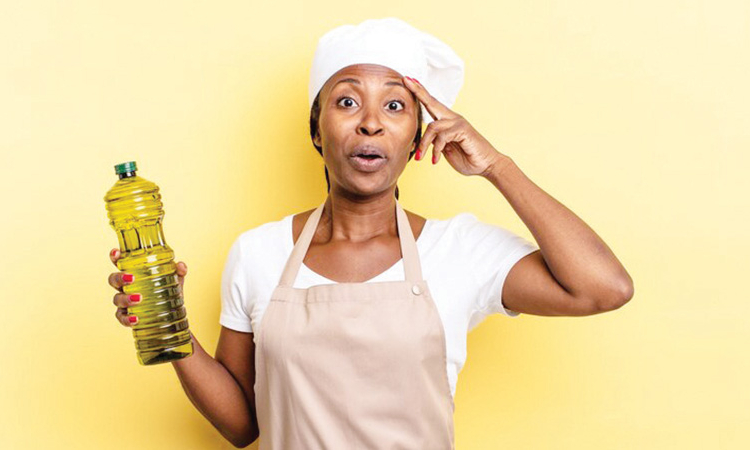 THE price of cooking oil is gradually returning to normal, and at most retailers two-litres now cost less than N$100.

Stores visited by The Namibian, such as OK Foods, Spar and Checkers are all retailing below N$100.

This comes after months of abnormal prices sweeping away margins of informal markets, of which the prices remained fixed if adjusted just marginally.

According to recent inflation numbers released by the Namibia Statistics Agency (NSA), price increases in cooking oil, when compared to last year’s prices, have been decreasing since June this year.

May saw the price of cooking oil peak – increasing by 40% when compared to 2021’s prices.

In October cooking oil prices were 34,1% lower than during the same time last year.

This is the lowest price recorded in the last seven months.

The price of cooking oil shot up following the outbreak of the war in Ukraine.

Explanations at the time were that Russia and Ukraine were key to the cooking oil industry, and operations and trade there have been disrupted by the war and restrictions.

This has led to an undersupply, which drove prices through the roof.

While there is an overall decrease, analysis of the average retail prices of selected products for October 2022 revealed that consumers in the Khomas region (zone 2) paid the highest price for pure sunflower oil (750ml) at N$41,85, followed by zone 2 at N$41,37, while consumers in zone 1 paid the lowest price at N$39,18.

Recent data from the NSA for October shows signs of relief on goods in general, but food prices keep edging up, with an annual inflation rate of 9,1% reported for October.

According to the data, inflation remains elevated at 7,1% for the month – the same rate recorded for September.

According to a mini analysis by Simonis Storm Securities inflation on services has started rising, while goods inflation continues on a downward trend.

The biggest changes in the annual inflation rate were mainly witnessed in the categories of transport (17,8%), hotels, cafes, and restaurants (10,6%), furnishings, household equipment and routine maintenance of the house (9,6%), food and non-alcoholic beverages (9,1%), alcoholic beverages and tobacco (6,7%), and recreation and culture (5,2%).

For utilities, the biggest percentage changes in this category during October were mainly observed in the subcategories of regular maintenance and repairs of dwellings (7,2%), electricity, gas and other fuels (6,4%), water supply, sewerage services and refuse collection (2,8%), and rental payment for dwellings recorded (1,4%).

The full report on the movement of prices is available on the NSA’s website.

The below goods were in deflation during October 2022. Deflation involves a reduction in the general price level in an economy.