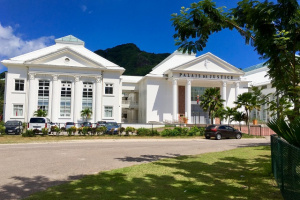 (Seychelles News Agency) – A panel of three judges of the Constitutional Court of Seychelles on Tuesday dismissed the application for its recusal on Tuesday made by the Seychelles Human Rights Commission, the Ombudsman and the Bar Association of Seychelles.

The 10th amendment was passed by the National Assembly to empower the Seychelles Defence Forces to carry out internal law enforcement in Seychelles, outside the context of a public emergency, enabling them to work alongside the Seychelles Police Force.

The formal application was made by the three entities for the recusal of the judges on the grounds that there is evidence indicating that the judiciary was involved in the preparation of the 10th Amendment and that one of the judges of the Constitutional Court recently benefitted from a land transfer from the government.

Additionally, the application stated that in the mind of reasonable fairminded members of the public, the government’s action may have compromised the ability of the judges of the Constitutional Court to impartially adjudicate the constitutional dispute between the petitioners on the one hand and the government and other respondents on the other.

In its ruling, the panel of judges said that “in this case, the Chief Justice himself has been asked to recuse together with all the current Judges and Justices of the Judiciary. The procedural difficulty caused by this Application for recusal of every current Judge and Justice lies in the way of how Judges and Justices are appointed under Articles 123 and 127 of the Constitution.”

It further added that the President of Seychelles, who is also the respondent in the petition, appoints judges, masters and justices of appeal from candidates proposed by the Constitutional Appointments Authority.

The panel added that the very President that the petitioners are saying has interfered with the Judiciary and breached their independence would be the very same one that would be appointing new judges and justices to decide whether there were any interferences by him in the first place.

It is on that basis that the judges ruled that the motion appears to be frivolous and vexatious and an abuse of the process of the court and dismissed it on this basis.

The petitioner, represented by Divinio Sabino, expressed his intention of filing an appeal and he was asked by the Chief Justice to follow procedure and file his application.