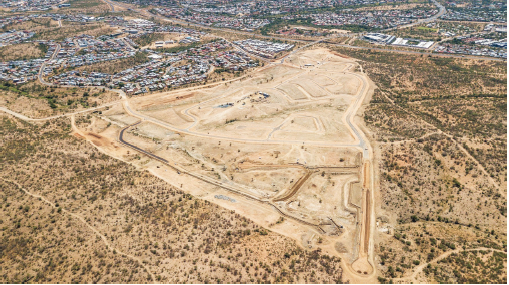 THE Windhoek City Council wants to conduct a forensic investigation into land deals signed under controversial private-public partnerships (PPP) marred with allegations of self-enrichment, conflicts of interest, and cronyism.

The Namibian in 2015 reported that the then Swapo-led council bound the municipality to PPP deals involving that where a developer gets land for free, access to essential services are supplied after which the land is sold at huge profits.

This has, for instance, resulted in five well-connected companies obtaining land measuring 390ha (about the size of 390 football fields) in Windhoek.

Three of the five companies aimed to make a profit of over N$150 million.

This PPP arrangement resulted in the construction of various developments, such as Otjomuise Extension 5 and Rocky Crest Extension 5.

Even though profits are shared between property developers and the municipality, concerns exist that the city is getting a raw deal from PPP arrangements, with some using the land to speculate with, holding onto it for too long, while others are allegedly not paying the city a cent.

There is currently a push to investigate and/or even terminate contracts, but some of the well-connected companies which benefited from the deals seem to be pushing back.

The forensic investigation indicates the council is considering terminating the involved PPP agreements due to their inefficiency to deliver on the intended objectives.

“Earlier this year, the council resolved for the Department of Housing, Property Management, and Human Settlement, through the office of the chief executive officer, to submit an item for the council to consider exiting from the signed private-public partnership agreements due to their inefficiency to deliver on the objectives as intended,” a council document states.

The council believes the PPPs are only benefiting developers, leaving the City of Windhoek’s coffers nothing.

“The PPPs are marred by the public perception, despite being negotiated, that they were not in favour of the municipal council of Windhoek, but in favour of developers,” a council document states.

It says “coupled with the fact that more PPPs were signed before completion of the pilot project, which could have served as basis for any further PPPs, there is legitimate concern to launch an investigation into all current PPPs”.

The council wants the objective and scope of investigation to determine whether the commercial terms were favourable to the parties, whether the writers of the agreement were not conflicted, and whether they exercised due diligence to ensure the terms benefit all parties.

The investigation will further look into whether development costs were reasonable and whether third parties, be it financiers or contractors, were used in any way by developers to transfer profit from the City of Windhoek for their own benefit.

“Whether the challenges faced by the council could have been averted . . . Assess whether there are breaches in the agreements by the development partners of which the city has not acted upon,” the council document further says.

He says the council entered into 15 PPP agreements aimed at delivering 2 903 erven of which 2 429 are zoned single-residential, and 237 are zoned general-residential for the development of sectional title units or flats.

Of the 15 PPP projects, one is in an industrial area and has a yield of 70 business-zoned erven, he says.

“As of this writing, seven PPP projects are in the sales phase, five are in the design-and-construction phase, and three are in the statutory planning phase,” Akwenye says.

As set out in the PPP agreement, he says the daily management of the projects is done by the project team comprising members of the municipality, the developer and the financier.

“Once all erven are sold or compensated for, the project closes, and as part of the closing process, an audit report is produced. As indicated above, all projects are still running, therefore the audit referred to is premature,” he says.

BK John drops ‘Never Give Up’