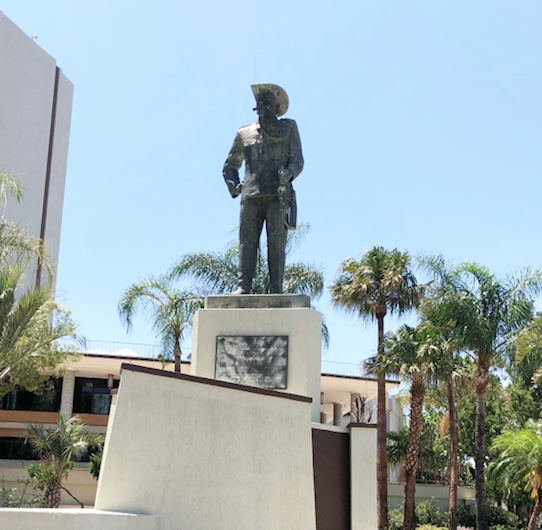 CITY of Windhoek spokesperson Lydia Amutenya said the future utilisation of the site where the statue of German military officer Curt von François stands will be the subject of public consultations.

Amutenya confirmed that the controversial colonial statue will be removed this morning.

“The statue will be removed on 23 November 2022 from 09h00, and moved to the Windhoek City Museum for storage. The re-erection date will be communicated in 2023,” she said.

Amutenya said the proposed future utilisation of the site requires further public consultations that will involve adverts being placed in two local newspapers and a process that includes the strategic executive for economic development and community services, in collaboration with the chief executive officer.

The municipal council, at its meeting on 27 October, approved a proposal to remove the statue.

This comes after calls from the public to remove the statue, which is considered a symbol of colonial oppression.

An online petition demanding its removal, which garnered 1 666 signatures, was handed to the municipality recently.

The statue stands outside the Windhoek municipal building, at the intersection of Independence Avenue and Sam Nujoma Drive.

The statue was unveiled in October 1965, during the 75-year anniversary celebration of the founding of Windhoek under German colonial rule.

The online petition, started by Windhoek resident Hildegard Titus in 2020, demanded the removal of the statue as soon as possible and its replacement by a sculpture of Windhoek’s earlier founder Jan Jonker Afrikaner.

“While we cannot change our city’s dark and violent history, we can change what we commemorate from that history. We owe it to Afrikaner, Samuel Maharero, Hendrik Witbooi, and the thousands of Nama and Herero people who were subjected to genocide by the murderous German colonial regime.

“We owe it to our current and future generations that the true history of our beautiful, yet complex city is not forgotten,” Titus said.

According to the petition, Von François was responsible for the building of the Alte Feste, a military fort meant to protect the interests of the German colonial regime, and that is where his statue belongs.

“He should be confined within the walls that he built, next to the other statue of a bygone and violent era – the Reiterdenkmal – to contemplate their violent colonial legacies until the end of time,” Titus said.

The family of Von François say they fear their great-grandfather’s statue could suffer the same fate as the Reiterdenkmal, which was removed from its mount in Windhoek in 2013.

He said Von François, whom he said was married to his Damara great-grandmother, is the founder of Windhoek and “has done a lot for this country”.

“He was a land surveyor, not a killer, as some people claim he was. He was not like Maharero and Afrikaner, who came to fight for the country which is not theirs,” he said.

Ruprecht claimed the Ovaherero subscribe to “historical lies” that Von François was a killer.

“When the Hereros came here, they also killed the Damaras in a horrible way like the Germans. Herero and Nama people were held in chains because they stole ammunition and alcohol from the English people,” he said.

Ruprecht said Maharero and Afrikaner “have been honoured for doing nothing for the country”.