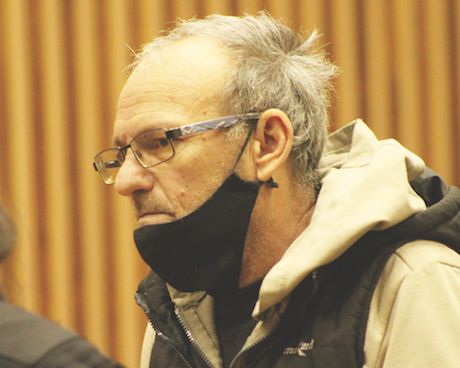 A FORMER police officer facing a host of child-rape and pornography charges should be evaluated by two psychiatrists to establish if he is fit to stand trial, a judge ordered in the Windhoek High Court yesterday.

Judge Christie Liebenberg made an order that Johann Maree should undergo a period of observation by two psychiatrists after Maree’s defence lawyer, Eva-Maria Nangolo, informed the court that according to Maree he suffered from a mental defect when the alleged crimes he is accused of were committed.

Maree has no recollection of the alleged incidents in which the state alleges he was involved, Nangolo also said in a pretrial document filed at the court.

Liebenberg ordered that Maree should be examined to assess if he is able to understand court proceedings and can be held liable for the crimes he is alleged to have committed.

In the pretrial document filed by Nangolo it is also indicated that Maree intends to deny guilt on all the charges he is due to be prosecuted on.

He will not be making any admissions on the charges, it is further stated in the document.

The charges involve 15 under-age boys. The state is alleging that 13 of the boys were raped or indecently assaulted by Maree during the period from 2014 to April 2020 and that he also used 10 of the boys to make pornographic material.

Maree allegedly sold the pornographic material to buyers outside Namibia, who paid him through a money transfer service.

According to the state, Maree received payments from nine buyers, based in the United States, The Netherlands, Switzerland, France and Australia.

Maree, who is a former police officer and police reservist, was arrested and charged at the end of April 2020, following an investigation prompted by a request from the police in The Netherlands for assistance from the Namibian Police.

The request for assistance from the police in The Netherlands was made after the arrest of a Dutch citizen found in possession of child pornography allegedly obtained from Maree, a police officer testified during the hearing of an unsuccessful bail application by Maree in September last year.

Maree has been held in custody since his arrest.

His case was yesterday postponed to 20 October, when he will have to attend another pretrial hearing in the High Court.

Keep Your Promises – The Namibian