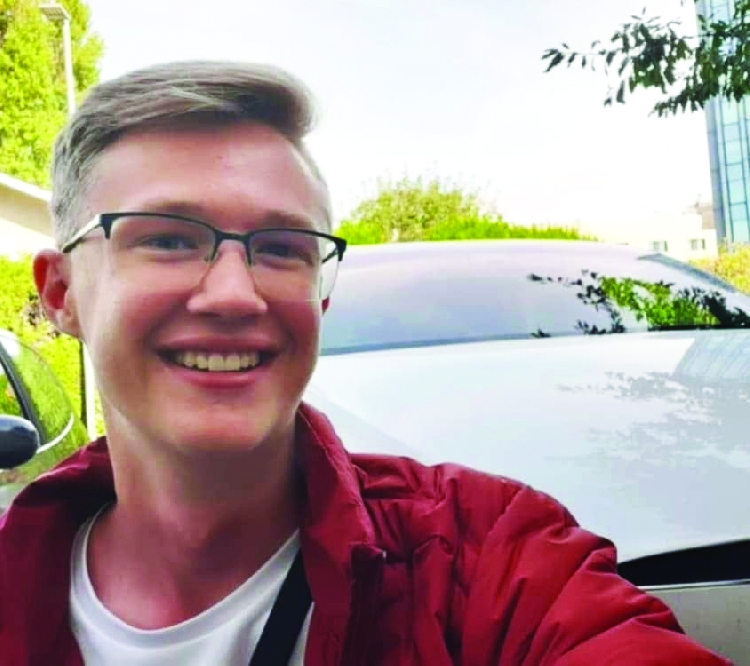 A 17-YEAR-old died in Windhoek on Saturday after a failed scientific experiment when he was hit by a BB gun gas cylinder on the chest.

According to the police weekly report, the deceased has been identified as Ben Visser.

Ben and his 17-year-old friend were allegedly performing experiments which produced a non-violent explosion as a cylinder moved along a washing line while burning.

“However, it is alleged that the last experiment did not go as usual. when they lit the cylinder, it produced a violent explosion, hitting the deceased on his right finger, breaking the finger and hitting him very severely in the chest causing his death,” reads the police report.

The other boy was also hit on the top left eye and sustained slight injuries, states the report.

“The two boys were both transported to Lady Pohamba Private Hospital by OSH-Med International but one of them succumbed to injuries on his way to the hospital. The deceased’s body was transported to the Windhoek police mortuary for autopsy,” the report reads.

Ben was a pupil at Windhoek High School.

In a statement issued on the school’s Facebook account yesterday, he was described as a beautiful, God loving boy, bursting with potential.

“Our hearts go out to his parents and his brother Schalk, in Grade 10. We have no words worthy of the pain of the loss of a child,” the statement reads.

The school said that from Tuesday, 17 pupils would have the opportunity to meet with trained professionals to assist in dealing with their feelings about Ben’s death.

“Our heartfelt condolences goes to the Visser family and friends. May God carry you in the palm of His hand through these difficult times,” the statement reads.

In a separate incident, on Friday, a-31-year-old Namibian male suspect was arrested after being found in possession of two elephant tusks at the Buffalo checkpoint in the Mukwe constituency of the Kavango East region. The value of the tusks is not yet determined and police investigations continue.

In another incident, a 67-year-old man died in a car accident in the Gibeon district of the Hardap region on Friday.

According to the police report, the driver of the white single cab Toyota pickup was travelling from Gibeon to a farm. On the way, the driver allegedly lost control of the vehicle in the curve and it overturned.

“There were four occupants in the vehicle, of which two were male, aged 73 and 32, who sustained serious injuries, while a 67-year-old Namibian female is in a stable condition,” the report reads.

The three who sustained injuries were transported to the Mariental State Hospital.

The deceased’s next of kin were informed and police investigations continue. On Saturday, it is alleged that a 25-year-old female was allegedly raped by a 27-year-old man who was escorting her at Tsumeb’s Nomtsoub location.

It is alleged that the victim was drunk when the suspect had sexual intercourse with her without her consent.

“The victim and suspect are just friends. The suspect was arrested and will appear before the Tsumeb Magistrate’s Court on 16 January 2023,” the report reads.

On Sunday, a 24-year-old was assaulted and hacked several times with an axe by his neighbour after a dispute with the neighbour and a passer-by at Swakopmund.

“According to the victim, he was in his ghetto [shack] when a heated argument between the two arose and he came out to assist the neighbour, who eventually turned against him, whereby the victim ran back and locked himself in his ghetto,” the report reads.

The suspect allegedly followed him with an axe, broke open the victim’s door, which led to a vicious attack on him shortly thereafter.

The victim was rushed to Swakopmund State Hospital by the police for treatment, and is in a serious condition.

The 31-year-old Namibian male suspect was arrested after he handed himself over at Mondesa Police Station. Police investigations continue.

Start ‘the journey to Polaris’