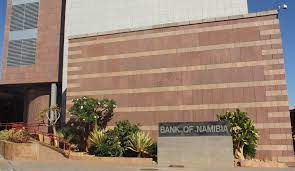 COMMERCIAL banks should no longer have individuals who are 70 years of age and above on the board of directors, or have board members serve for more than 10 years, the Bank of Namibia has said.

This is part of the new determination on the appointment, duties, and responsibilities of directors, principal officers, and executive officers of banking institutions and controlling companies.

According to the bank’s spokesperson Kazembire Zemburuka, these new rules are in line with best practices and will serve as the foundation for sound corporate governance in banking institutions and controlling corporations charged with the social contract of safeguarding public deposits, protecting consumers, and providing access to credit.

The central bank has also set limits on the number of boards a board member can serve on to ensure they apply themselves entirely to their fiduciary duties and responsibilities.

Governor of the central bank Johannes !Gawaxab, who will be over 70 when his term ends, said effective banking institution governance should not be taken lightly, because it directly impacts financial and macroeconomic stability.

He noted that excessive risk-taking, unethical behaviour, frauds, and mismanagement are examples of how bad practices have led to systemic bank failures worldwide.

“Therefore, the framework is significant, because it embeds good corporate governance principles. It also makes it possible for banking institutions to attract the best talent Namibia has to offer and onboard astute leadership teams who will account for the affairs of commercial banks. Ultimately, with good governance, trust and confidence in the financial sector as a whole will be engendered,” he said.

The determination also calls for politically exposed persons to be subjected to more rigorous and advanced examination on their wealth, business ownership, and other background checks to mitigate any conflicts of interest.

For the first time, limits have been set on the number of years a director may serve on a board.

“Board members may only serve for a maximum of 10 years on a board of a banking institution, with exceptions considered on a case-by-case basis,” said Zemburuka.

He added that the age, and the limitations on the tenure and spread of service will be treated on a case-by-case basis, but have been set to ensure that board members apply themselves entirely to their fiduciary duties and complex responsibilities associated with banking institutions.

“Exceptions will be made for directors who are not in full-time employment or who serve on boards of a banking institution, the banking group, the controlling company or holding company and any subsidiary belonging to the same group, which will be counted as one. Other exceptions include educational institutions and other similar bodies,” said Zemburuka.

The determination, which came into effect on 16 December 2022, applies to all banking institutions that have a combined asset value of N$181 billion.

Construction sectorstill in quagmire – The Namibian