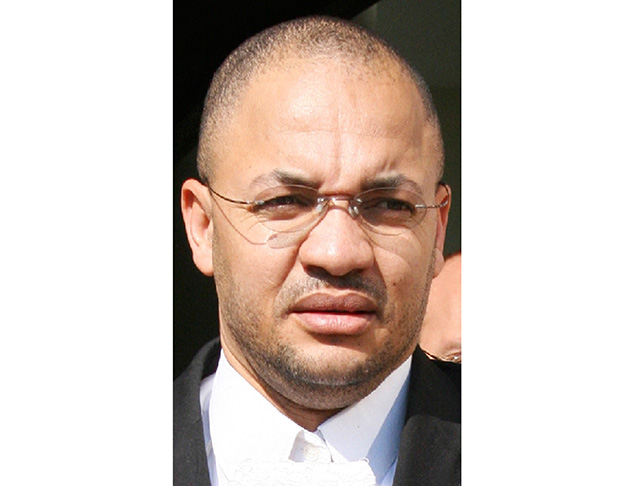 ROBERT Kundu, one of the police officers being sued for police brutality by a meat vendor, says the complainant does not deserve compensation as the arrest was lawful and justifiable.

He said this in his witness statement presented in court.

“Nobody assaulted him, his broken leg could be a result of him bumping his leg into something while being handcuffed because he was being very aggressive,” he said.

This comes after meat vendor David Shambo, through his lawyer Norman Tjombe, sued the government for N$2 million for assault, unlawful arrest and detention on 1 June 2020.

“My right leg was stretched out to the outside of the vehicle, and the back door could not be closed,” Shambo said.

Shambo said a police officer ordered him to bend his leg, but he could not.

“He then forcefully bent my right leg, which only increased the pain. I was screaming in pain,” Shambo said.

As a result of the assault, Shambo allegedly suffered severe injuries on his body, including lacerations, bruises and a tibial plateau fracture of his right knee, and he feared for his safety and felt humiliated, traumatised and degraded.

According to Kundu, Shambo was found selling kapana and surrounded by more than 10 people during the state of emergency during Covid-19.

“I then ordered him to stop and reminded him that I have arrested him previously for the same offence, for which he was fined N$2 000,” he said.

Kundu said Shambo blatantly refused to remove his kapana and braai stand, and claimed that it was his source of survival.

According to the police, two other police officers attempted to handcuff Shambo, who resisted, but they later managed to arrest him using minimum force.

“We then told him to come with us to the station and he refused to comply with the order and proceeded to threaten me that he will deal with me if I take any actions against him.”

Kundu said they took Shambo to the Katutura Intermediate Hospital because he could not walk properly, after which he was admitted.

“If he was cooperating like the rest of the other arrestees, he could not have broken his leg at the hands of the police.

Therefore, I point out that he is not entitled to claim for damages in the amount of N$150 000 for unlawful arrest and detention,” he said.

Eagles off to winning start