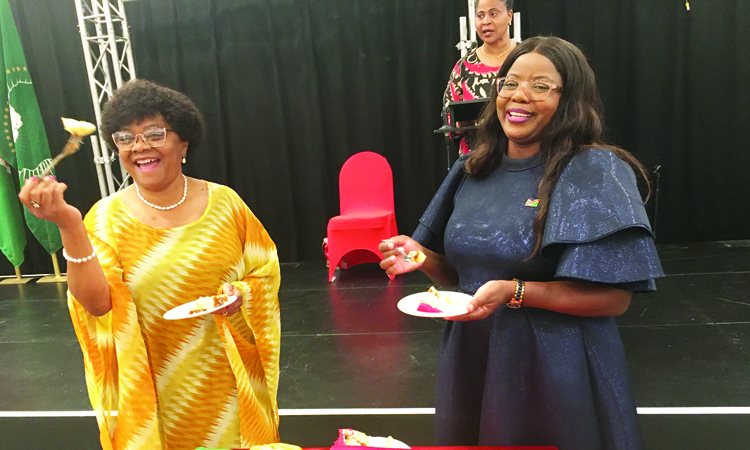 ANGOLAN ambassador to Namibia Jovelina Imperial e Costa has called on the almost 100 000 Angolans living in Namibia to respect local authorities and laws.

Costa was speaking at Angola’s 47th independence anniversary event, held in Windhoek over the weekend.

“We urge the community to, in its daily life, be guided by the principles of solidarity with those who most need our help and comfort. We also urge the community to respect the authorities and the laws of the host country in your daily lives and seek to peacefully integrate yourselves in Namibian society,” she said.

Costa extended appreciation for the efforts being undertaken by the Namibian government in favour of Angolans in the country.

Parliament members earlier this year urged the Ministry of Home Affairs, Immigration, Safety and Security to grant citizenship to Angolan immigrants who arrived in Namibia in 1976, just after their nation attained independence.

After independence, the political situation in Angola became volatile and some Angolans moved to Namibia.

Many Angolans never returned and have lived in Namibia since.

While there are an estimated 100 000 Angolans in Namibia, the Angolan embassy only has a record of around 60 000 citizens mostly residing close to the Angola-Namibia border in the northern part of the country.

Important steps were taken in economic cooperation, such as the establishment of a business forum and the staging of the Ministerial Meeting of the Inaugural Session of the Namibia-Angola Joint Trade Committee.

The inaugural session of the Angola-Namibia Bi-National Cooperation (BNC) is slated for next year in Angola.

Speaking at the independence celebrations, deputy minister of international relations and cooperation Jenelly Matundu said there is no doubt that the BNC will provide both countries with an opportunity to review and identify further areas of cooperation.

“While our countries continue to make progress with regards to the many areas of cooperation, I want to emphasise that we call for more efforts in the areas of water, agriculture, tourism, energy and petroleum,” Matundu said.

She said the two nations should make efforts to realise and reach goals of regional and continental integration.

“In that regard, it is my hope to see the two countries as active members to both the SADC Protocol on Trade and the African Continental Free Trade Area agreement, as that would create an enabling environment for increased trade,” she said.

Matundu reiterated the government’s commitment to reinforce the increasing strong bonds of solidarity and friendship existing between the citizens and governments of both countries.

Furthermore, the trade and investment mission to Luanda, which took place in February, made it possible for the Namibian business community to identify existing business opportunities in Angola. It culminated in the signing of a cooperation agreement between the chambers of commerce of both countries.