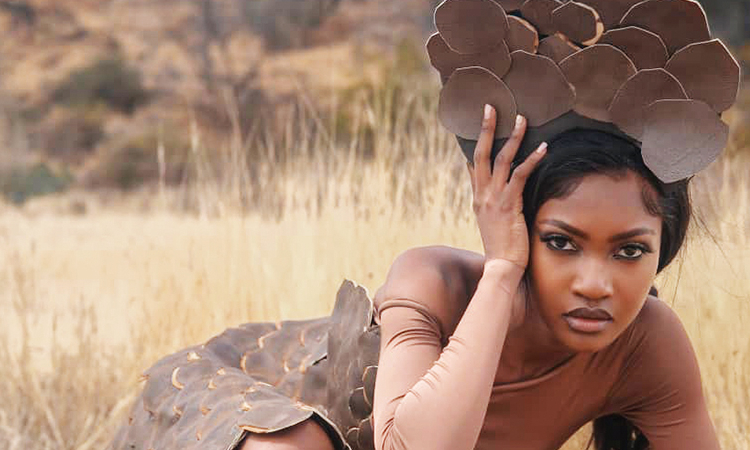 THE national costume for the second runner up of Miss Namibia, Diana Andimba, has been revealed.

Andimba, Miss Earth Namibia 2022, is leaving on 11 November to represent the country on 29 November. She is competing with 90 countries.

The Miss Earth pageant will be held in Parañaque, Philippines. It will be Miss Earth’s first live competition since 2019 and the second edition to be held at Okada Manila.

Miss Namibia beauty pageant director Umbi Karuaihe-Upi says Andimba will represent the pangolin. She said the theme for this year’s pageant is ‘Me Fauna’, so Andimba had to select an endangered species to highlight its plight.

“The dress was sketched by Bethany Kappa and tailored by Dawn Diergaardt – both Namibians. The world’s most trafficked mammal is one you might have never heard of – the pangolin. It is trafficked more than rhinos and elephants put together. But why should we care for an animal most people have never heard of? Because it plays an important role in the ecosystem. Also, the people who poach them are the same guys who poach rhinos and elephants. These ground pangolins are found in Namibia,” Karuaihe-Upi said.

Karuaihe-Upi said Miss Earth Namibia’s objective is to support the conservation and protection of pangolins and their habitats across Africa, raise awareness – locally and internationally – on the plight of the pangolins and their value within the ecosystems.

She said Andimba will implement projects that promote the reduction in the trading and trafficking of pangolins, educate the public and conservation agencies.

Karuaihe-Upi said they also hope to educate the world more about the pangolin. She said pangolins reproduce slowly, giving birth to one baby per year.

“Today, little is known about the behaviours and habitats of this scaly, shy mammal. Despite its lizard-like appearance, the pangolin is a mammal. Some pangolins are as small as a house cat, while others are as big as a medium-sized dog. Pangolins are popularly known as ant eaters, as they consume ants, termites and larvae,” she said.

Karuaihe-Upi said one predator pangolins cannot protect themselves against are the humans, who kill them for medicine whose use ranges from allegedly relieving arthritis, lactation and sexual stimulation to financial rituals, and for luxury goods.

Making a living from rubbish