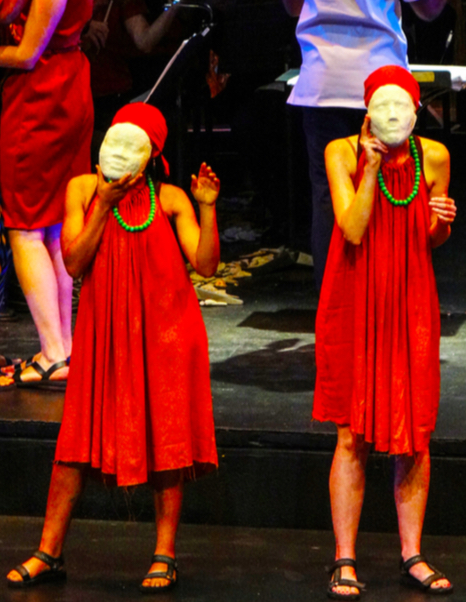 When it comes to Namibian theatre, I think we can all agree that the sector could do with a little more drama.

More dramatic monologues, pandemic musings and melodramatic musicals. More queer, experimental and decolonial theatre. More poignant family dramas, historical epics and stirring insights into the human condition, as well as anything else the Namibian theatremaker can put their mind to and bring to life on the stage or in the street.

While much has fittingly been made of the second Otjomuise Live Arts Festival (Olaf), which set the city alight with live art over a week in October 2022, it seems strange for so little theatre to happen in the arts sector until the very end of the year.

Through Olaf, the National Theatre of Namibia (NTN) and Goethe-Institut Namibia have introduced a diverse selection of small-scale performance art happenings. And while last year Olaf included theatre productions such as Ndayola Ulenga’s ‘Stories from Childhood’, ‘Q. Surroundings’ and a University of Namibia drama showcase, there is something to be missed in the current dearth of contemporary Namibian professional theatre from January to October.

In the past, developmental and prestige platforms such as the NTN’s Theatre Zone and the institution’s Premier Productions have ushered audiences into the national theatre, presenting a wealth of talented local playwrights, actors, directors and crews able to tell long form Namibian stories through the dynamic art of theatre.

This was not true of 2022, during which the NTN offered few bona fide local theatre pieces. While audiences returned to the theatre to experience events such as a solo piano concert by David Greilsammer, Marc Lottering’s new stand-up comedy show, a flamenco and classical Spanish guitar evening by Duo del Mar and to marvel at Namibia’s first opera, Eslon Hindundu’s ‘Chief Hijangua’, one couldn’t help but wonder as to the whereabouts of the heart and the soul of the space.

While the ongoing effects of the pandemic have played their part in stalling the development of local productions, one can only hope that Namibian theatre will not solely or primarily be funded and contained in Olaf but will return to the NTN and additionally to various venues across the city throughout the year.

In 2022, two points of hope in this regard were FJ Mensah’s comedic one-woman dinner theatre show ‘A Single Woman’, held at The Barn in February, as well as Lize Ehlers and Müller’s ‘Guts & Glory’, which premiered at the Warehouse Theatre in October.

‘Guts & Glory’ was a musical exploration of the trials and triumphs of being an artist through song and was restaged for a second showing during Namibia Pride.

The Warehouse Theatre was also the site of international performance artist ALOK’s ‘Beyond the Binary’ show which blended comedy and poetry to incredible theatrical effect, again during Namibia Pride.

Low on local theatre productions but not too short on artistic performance, here’s hoping 2023 will bring far more curtain calls.