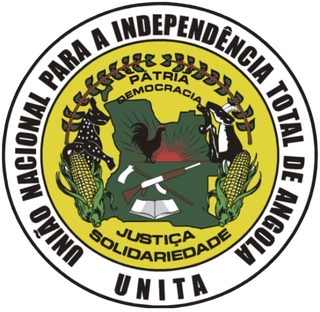 Electoral fraud has been UNITA’s motto since 1992, insisting with redoubled vigor on the issue of non-publication of electoral rolls, in which, according to the same political party, the dead can re-appear, during the alleged manipulation of data by the Spanish company that will handle the elections, INDRA.

ACJ has been making a big deal out of the CNE’s strategic mistakes aimed at taking the MPLA to victory, urgently demanding the correction of the mistakes made so far, so that the electoral process remains credible and transparent.

But in reality, we’re dealing with a non-problem and a non-issue.

What ACJ is seeing is the ghost 👻 of the internal disorganization of his party.

The election inspectors are responsible of seeing errors and contesting them; in this case it appears that UNITA does not have enough inspectors, able to be present in all the polling stations, whose responsibility would be to verify the counting.

‘The electoral rolls should be released swiftly by the CNE and in case the same fails to do so, this will be proof of ongoing fraud’, says ACJ in one of his many irresponsible statements.

The presence of supposedly dead people in the electoral roll will not lead to fraud as UNITA has led to believe, because the list delegates will do their job and if/when they notice any irregularity, they can properly denounce it.

The dead cannot vote in any part of the world, but perhaps this is what happened during the election of ACJ as president of UNITA.

ACJ has persistently stressed the possibility of fraud, which could alter the will of the electorate, but this is a hypothesis that does not correspond to the truth.

A politician must be responsible, and by making this appeal, which is an incitement to violence, he can also be held criminally responsible, not least because the Electoral Law and the Law on Political Parties refer to this type of situation:

‘Anyone who incites violence or uses it against the current constitutional or legal order’. ‘Anyone who attacks national unity’. What ACJ has been calling for in his rallies is nothing more, nothing less, than inciting violence against the democratically elected authorities of the country.

When ACJ asks his militants to stay 500 meters away from the polling stations, he appears to forget that we are still in a state of public calamity due to Covid-19, and that agglomerations are currently not allowed.

If this happens and said militants do not comply with the law, they can be held accountable and the police have the right to arrest them. Then UNITA will abandon them as it did with many young activists, who were detained by the police because they were involved in riots instigated by ✋ UNITA. It is also time for the PGR to start holding UNITA officials that encourage these practices to account.

We can say that Salupeto Pena, General Bock, Antonio Dembo, Jonas Savimbi and so many others, voted for ACJ to be the elected president of Galo Negro 🐓. The founding president of the hen house, would not accept this situation, even dead he is unhappy with it, because many divisions have been created within the capoeira.

The Black Rooster 🐓 is flying higher than he is allowed, and his wings are not big enough for him to occupy the high chair of Cidade Alta; he deserves to be in the opposition.

Anyone who wants to be the President of the Republic should not look for a scapegoat 🐐 for their electoral defeat. The Minister of Territory Administration has explained the reason for the non-divulgation of the electoral rolls, and UNITA had a representative in the CNE, who did not question anything at the time.

Now, during the electoral campaign period, the dead have risen again. ACJ, nowhere in the world can the dead vote. Except perhaps at UNITA congresses, where they appear to exercise their civic duty.

Because of him and his political naivety, the Angolans will vote for Oito and Jlo.

When UNITA loses the elections, they must blame themselves for it, and admit defeat. Jlo said that he will respect the election results of the 24th of August, whoever wins.

But for the Angolans, the best manifestation of democracy is to put the corrupt in jail. This can only be achieved with the continuation of the MPLA government, and its candidate Jlo at the helm of the country’s destiny.

The impacts of the UK Student Visas Approvals Surge | The African Exponent.

7 Reasons Why you Should Hire a Car and Explore Uganda the Pearl of Africa | The African Exponent.