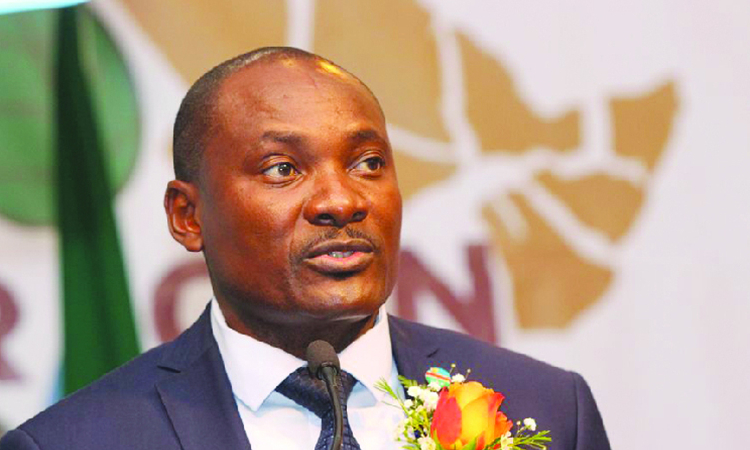 THE minister of environment, forestry and tourism Pohamba Shifeta said about 45 million hectares of Namibia’s agricultural land is infested with encroached bushes.

Shifeta was speaking at the handover of the bush-to-feed plant in the Ozonahi conservancy in the Otjozondjupa region on Friday.

Bush encroachment destroys arable land and reduces its productivity. It also threatens natural habitats for animals and plants of the savannah ecosystem, he said.

“Local bushes, such as black thorn, are spreading massively at the expense of grass vegetation especially in the Otjozondjupa region,” he said.

The bush-to-feed project stands to reduce the burden of bush encroachment while generating much needed income and animal feed production, enhancing sustainable development in the region.

Shifeta said it has been noted that in areas affected by bush encroachment, wildlife animal populations are declining, such as certain antelope species, zebras and cheetahs – which are already threatened with extinction.

“The challenge of bush encroachment is also affecting wildlife tourism in the country. The tourism industry contributes about 15% to our GDP and this signifies its importance to the national economy,” Shifeta said.

The environment ministry will continue to support the de-bushing and bush-to-feed programme in the country.

He also handed over one pellet machine, one John Deere tractor with trailer, as well as a storage facility.

“The project has managed to establish the four mobile units at four selected villages within the Ozonahi conservancy area, and recruited 20 community members to work as harvesters at these mobile units,” Shifeta said.

An additional five people are employed at the office to mix and package finished bush feed, he said.

“Small farmers have the potential to contribute significantly to national food security, as well as national economic growth of this country,” Shifeta said.

“This was also made under the empower to adapt (EDA) project, which is centred around creating climate change resilient livelihoods through community based natural resource management in Namibia,” Ndamanomhata said.

The Ozonahi conservancy covers a total area of 320 400 hectares, with an estimated population of 10 922 and approximately 90 villages, he said.

He said farmers in the Ozonahi conservancy area have been experiencing a decline in agricultural productivity due to a high rate of bush encroachment and the added pressure of overgrazing, which has resulted in severe land degradation.

“The aim of the project is to enhance climate resilience of drought-stricken communities in the Ozonahi conservancy area by producing bush-based animal feed through bush thinning of indigenous problem encroacher species,” Ndamanomhata said.

NamTv takes platform to the street

Citizens of this country name kids after me – Iivula-Ithana